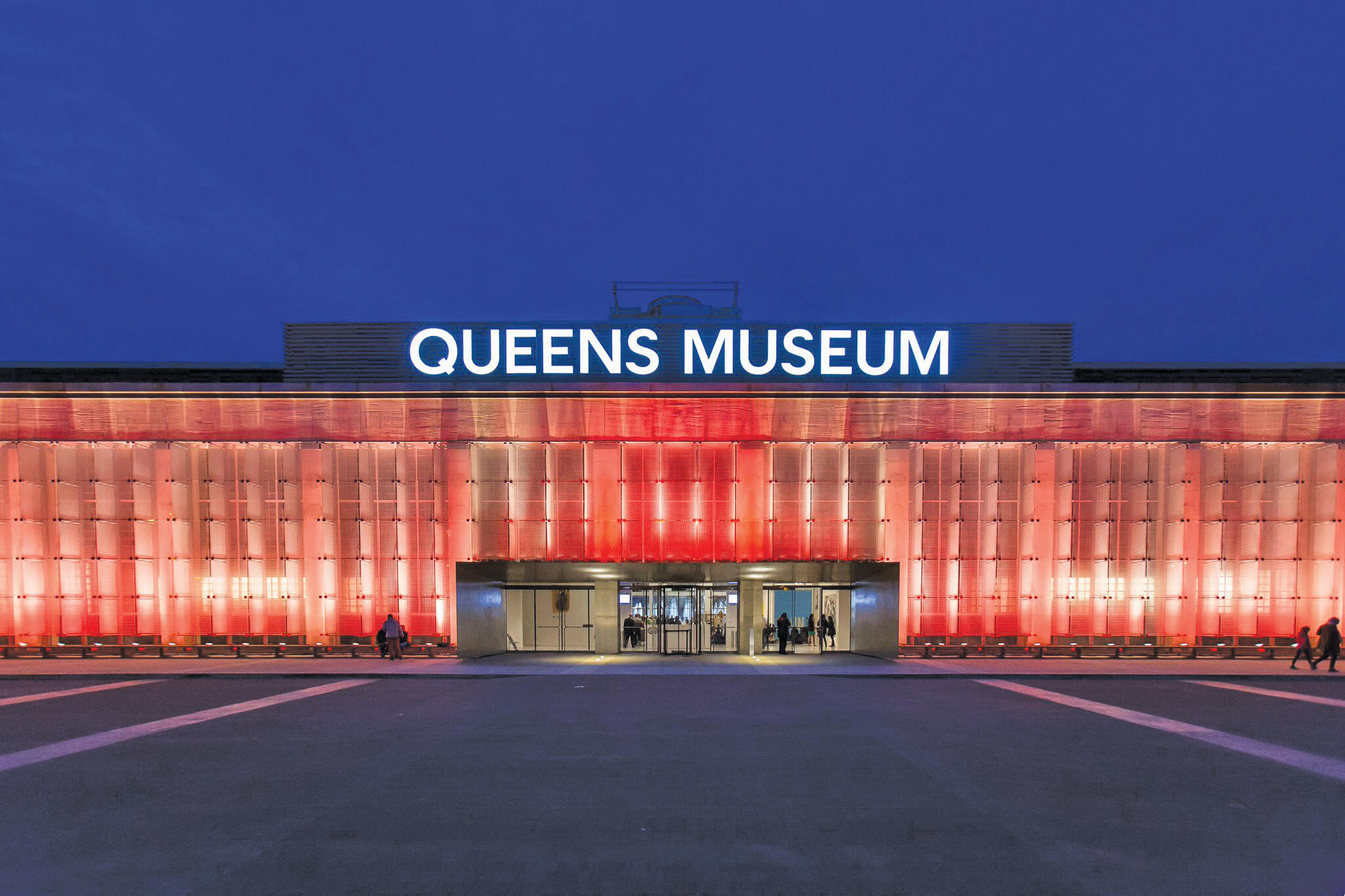 The Queens Museum is housed inside Flushing Meadows Corona Park's World's Fair Grounds. The Museum is readily accessible from the whole tri-state region, being just 30 minutes from midtown Manhattan. The Museum's interior has towering 40-foot ceilings, floor-to-ceiling windows that illuminate the open halls, and a striking glass staircase. The open design, which overlooks the renowned Unisphere, lends itself to infinite combinations for a really customized celebration. Weddings, bar and bat mitzvahs, charity events, and corporate entertainment may all be held at the Museum, which can seat 75 to 1,000 people. Corona, NY 11368, New York City Building. 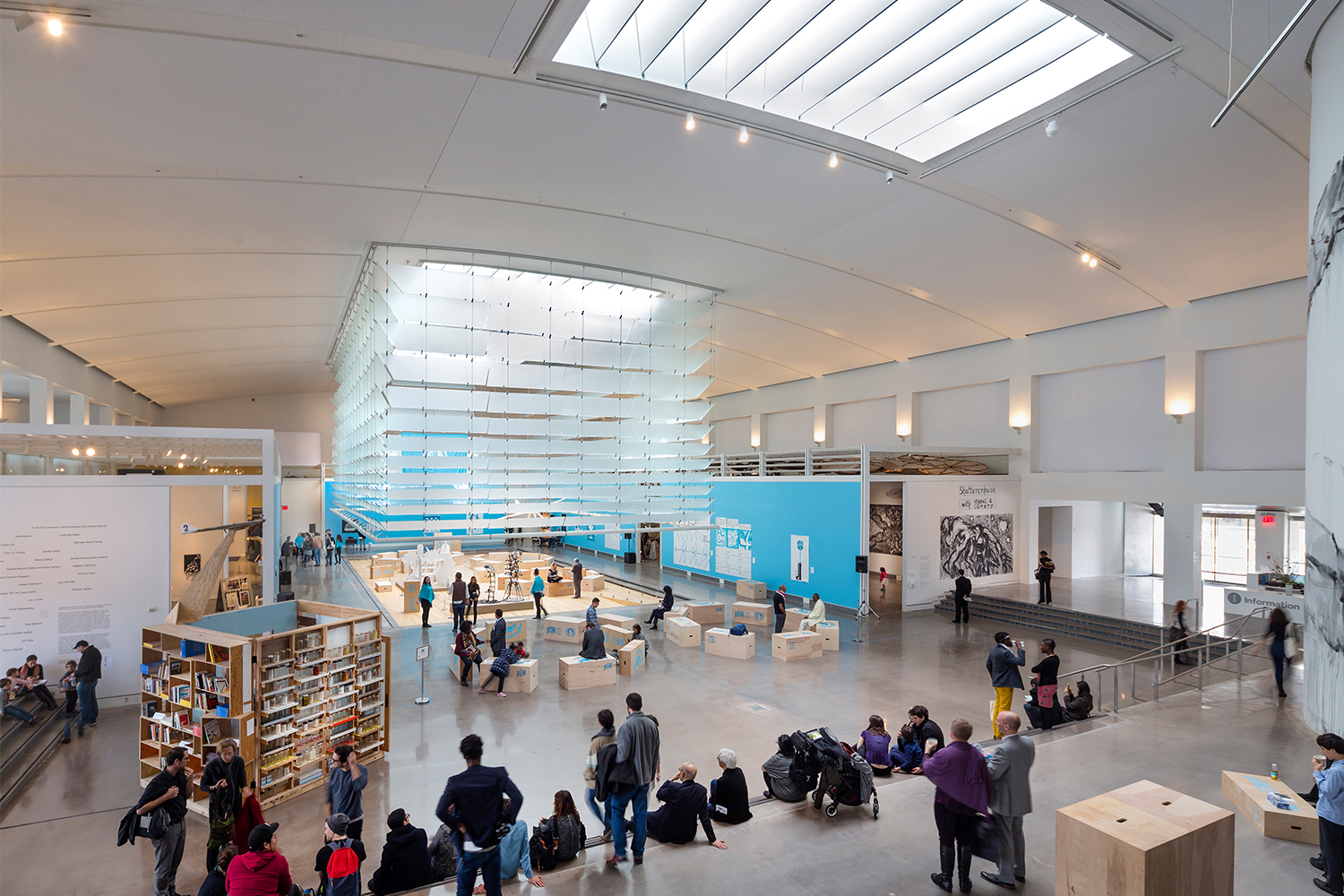 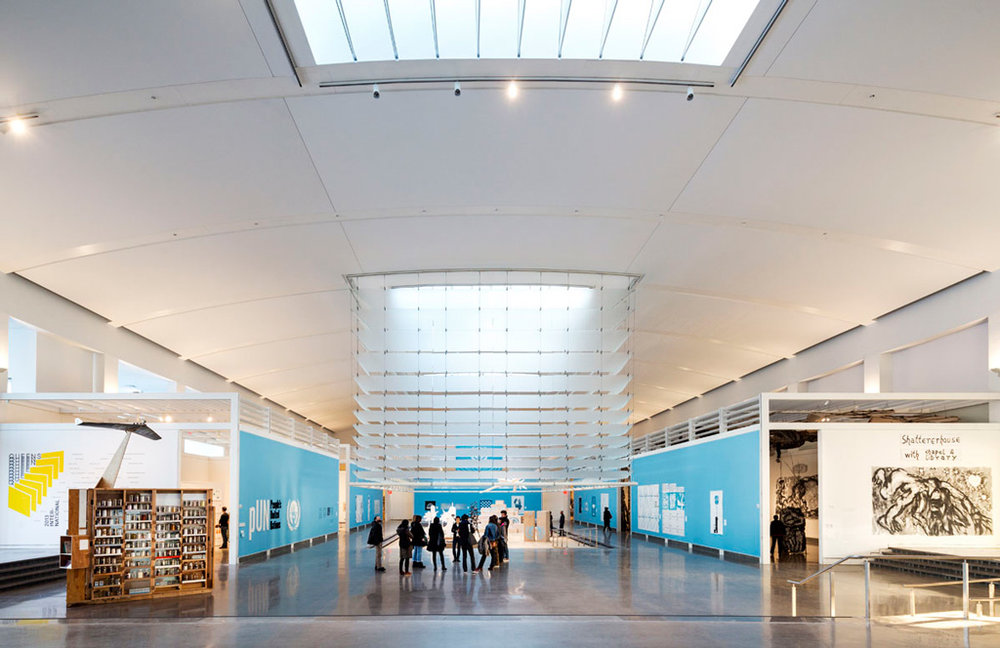 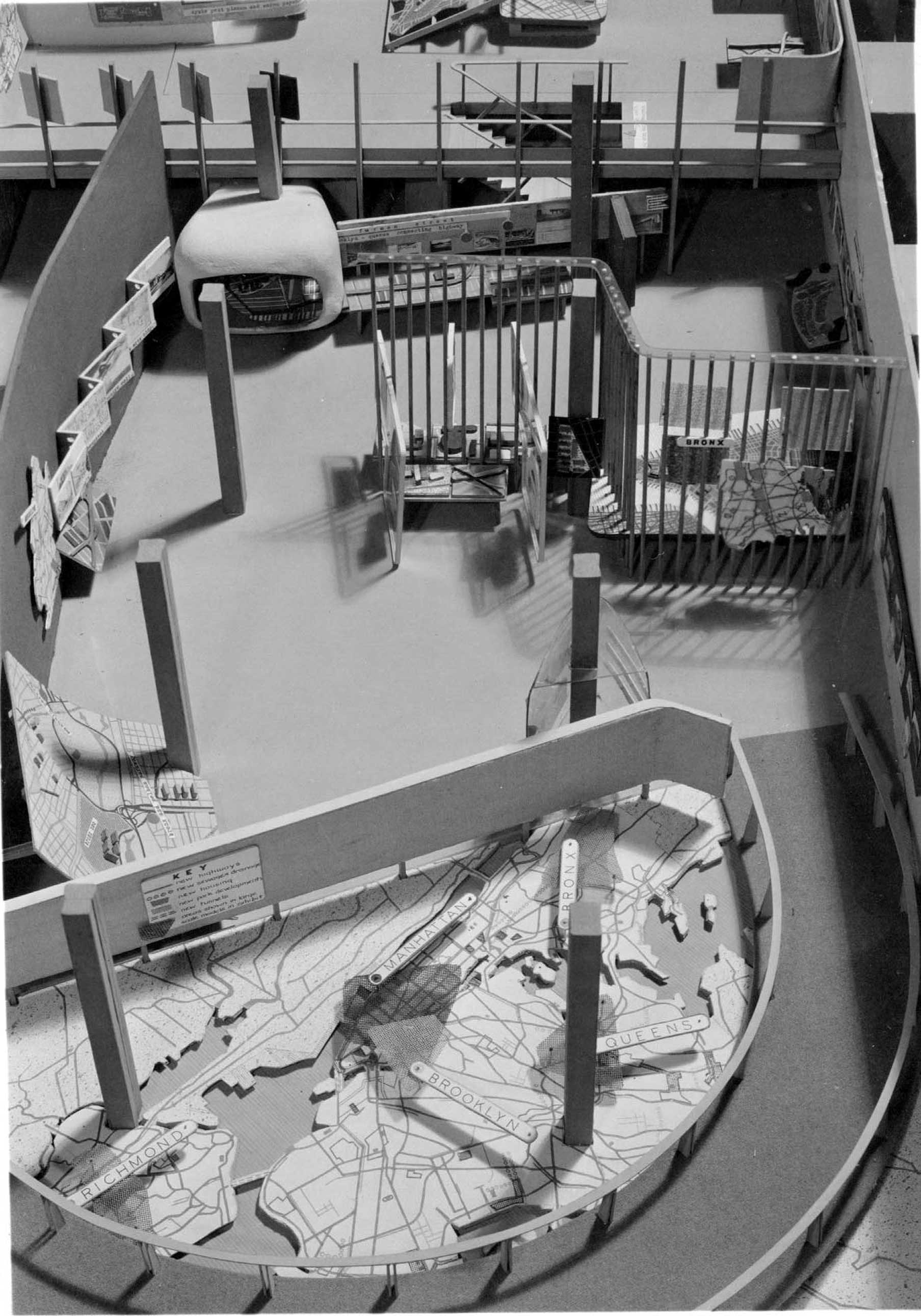 The Queens Museum is located in Queens, New York. Unisphere Outside the Museum, there is a plaque honouring the United Nations General Assembly conference that took place there from 1946 to 1950. The Queens Museum is housed in the historic New York City Building, which was built for the 1939 World's Fair by architect Aymar Embury II. The pavilion served as the temporary home of the United Nations General Assembly from 1946 to 1950, and was the site of many pivotal events in the UN's early years, including the creation of UNICEF, the partition of Korea, and the UN's authorization of Israel's creation., where it displayed the Panorama of the City of New York, which is still on display. The 1939 Billy Rose Aquacade and Amphiteater was similarly restored for the 1964-65 World's Fair, but it was pulled down in 1996 after falling into disrepair in the 1980s. The Queens Center for Art and Culture, subsequently called the Queens Museum of Art, was converted from the north side of the New York City building in 1972 with minimal modifications. The building was renovated again in 1994, with architect Rafael Violy repurposing the space into galleries, schools, and offices. For many years, part of the structure was used as an ice rink. In 2009, the museum began a $69 million expansion project that was supposed to be finished in October 2013. 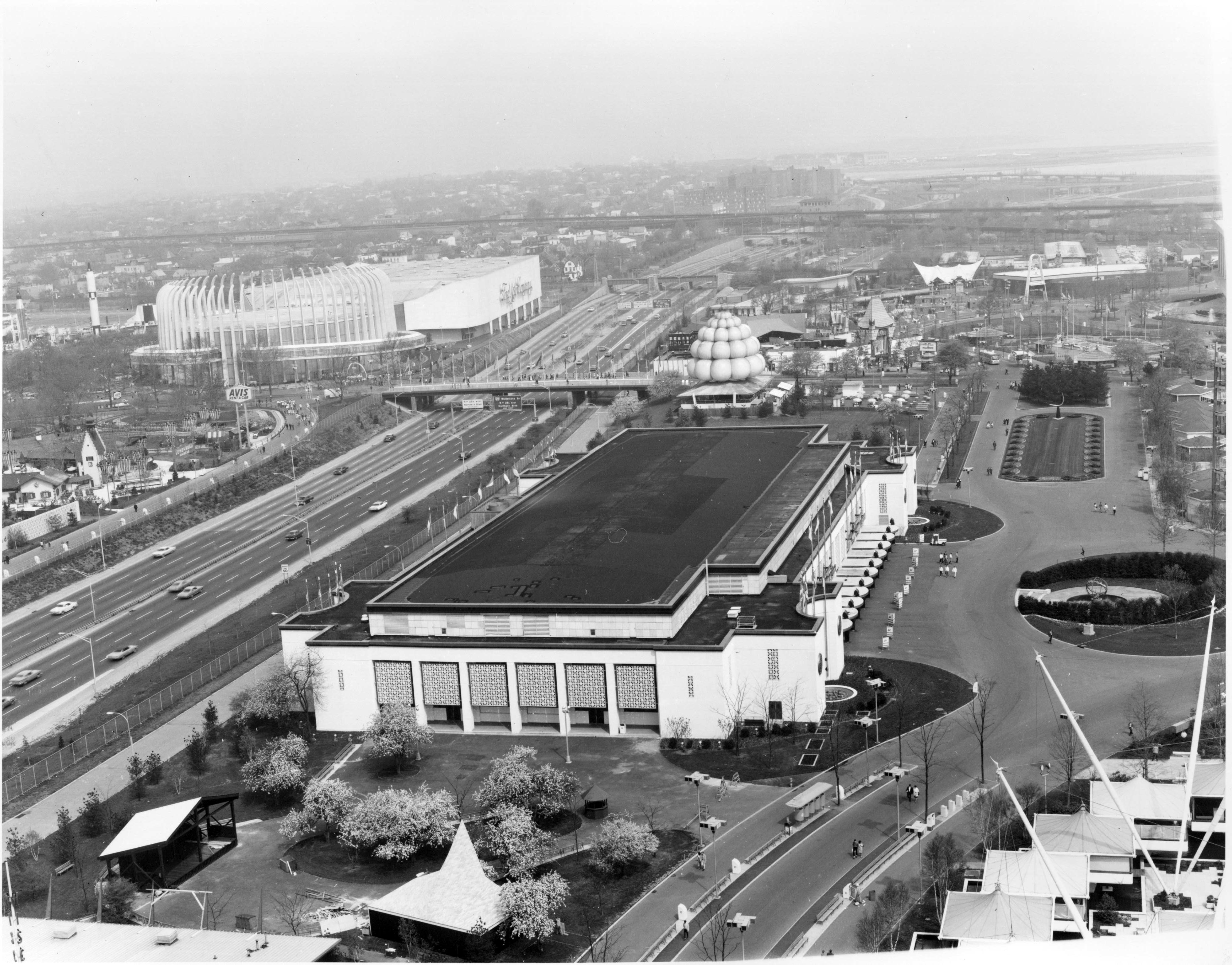 Grimshaw Architects, in collaboration with engineering company Ammann & Whitney, created designs for an extra 50,000 square feet (4,600 m2) of exhibition, education, and office space, as well as eight new artist studios, bringing the total area of the museum to 100,000 square feet (9,300 m2). The ice skating rink, which had occupied the building's southern half for six decades, was moved to a new facility in Flushing Meadows–Corona Park's northeastern portion. In November 2013, the enlarged museum reopened with a new entrance on Grand Central Parkway. Due to security constraints for activities at the adjacent Grandstand Stadium US Open tennis tournament, the Queens Museum was unexpectedly closed from September 3–13, 2016. As of 2017 [update], it is unknown if increased security for future sporting events would impact the Museum's public accessibility. 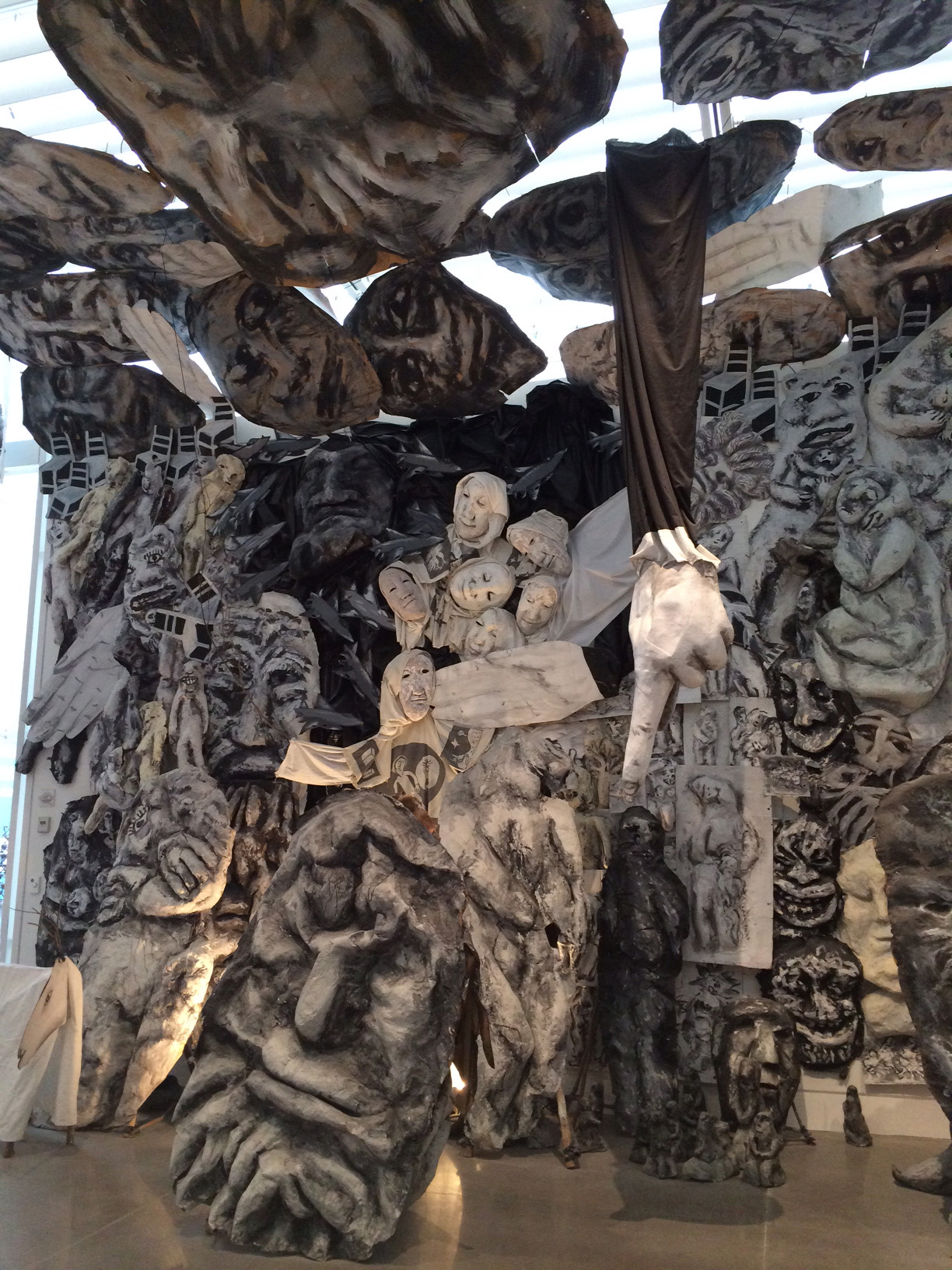 The Neustadt Collection of Tiffany glass has been a partner of the museum since 1995. Selections from the collection, taken from a vast private Tiffany collection collected by Dr. Egon Neustadt and his wife Hildegard beginning in the mid-1930s, are on long-term exhibition. The collection includes windows, lamps, and other related items, as well as a roughly 300,000-piece archive of flat and sheet glass used by the Tiffany Studios. For display and research, a collection of representative examples of each kind, colour, texture, and pattern of this material is being created. The history of Tiffany's art is highlighted in Queens Museum exhibits, since Tiffany Buildings and Furnaces were formerly housed in Corona studios that were shuttered in the 1930s. 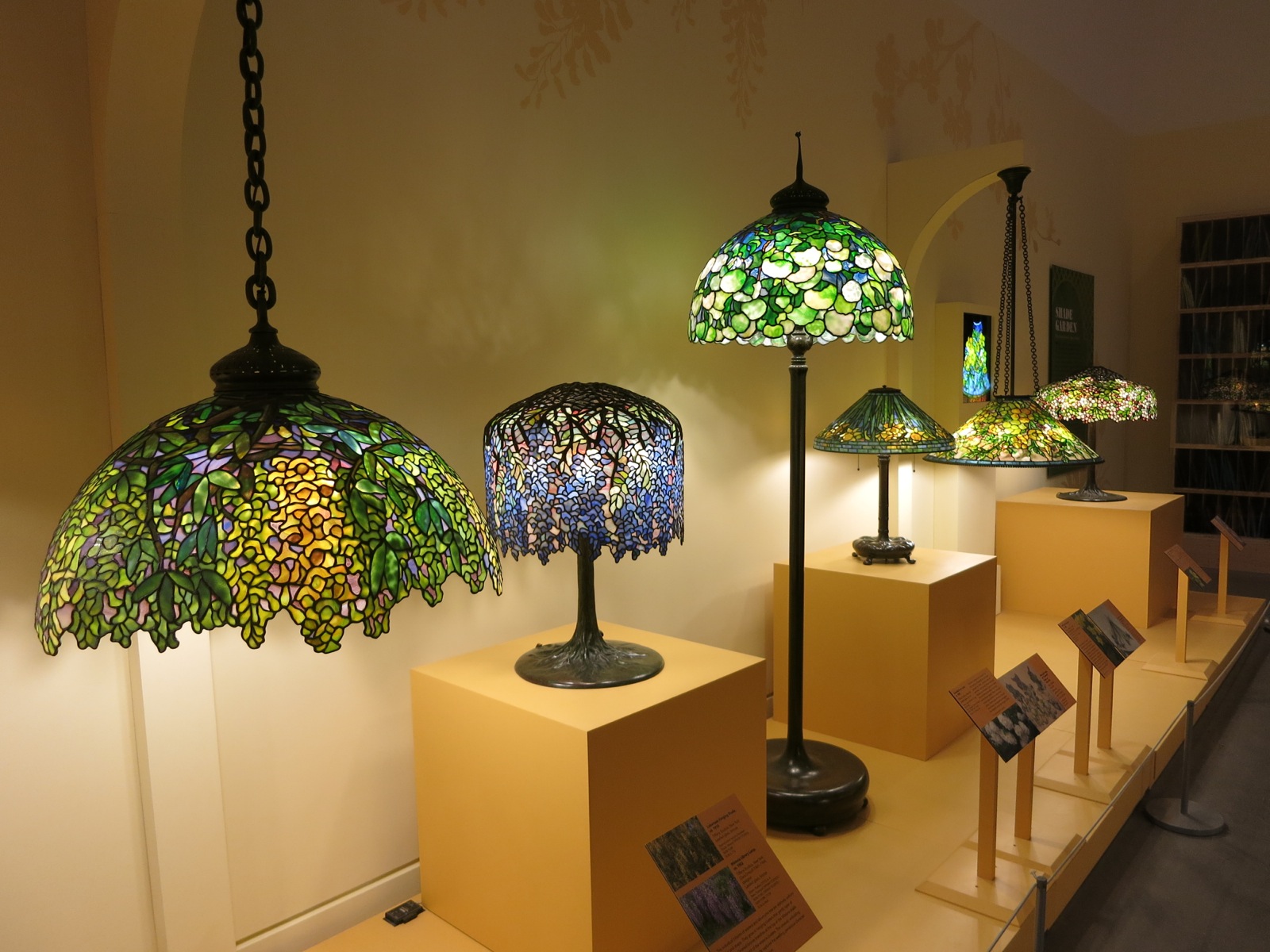 Panorama of the City of New York

The Panorama of the City of New York, commissioned by Robert Moses for the 1964 World's Fair, is the Queens Museum's most well-known permanent display. This 9,335-square-foot (867.2 m2) architectural model, a celebration of the City's municipal infrastructure, contains every single building built before 1992 in all five boroughs, at a scale of 1 inch = 100 feet (1:1200). In the three years leading up to the 1964 World's Fair, a crew of 100 individuals working with architectural model makers Raymond Lester Associates created the Panorama. The model was built in 273 parts, representing a total of 895,000 unique buildings; however, due to space constraints, the portion depicting the Far Rockaway area was never placed. The Panorama was one of the most popular attractions of the 1964 World's Fair, with "millions" of visitors paying ten cents apiece for a nine-minute simulated helicopter flight over the city. 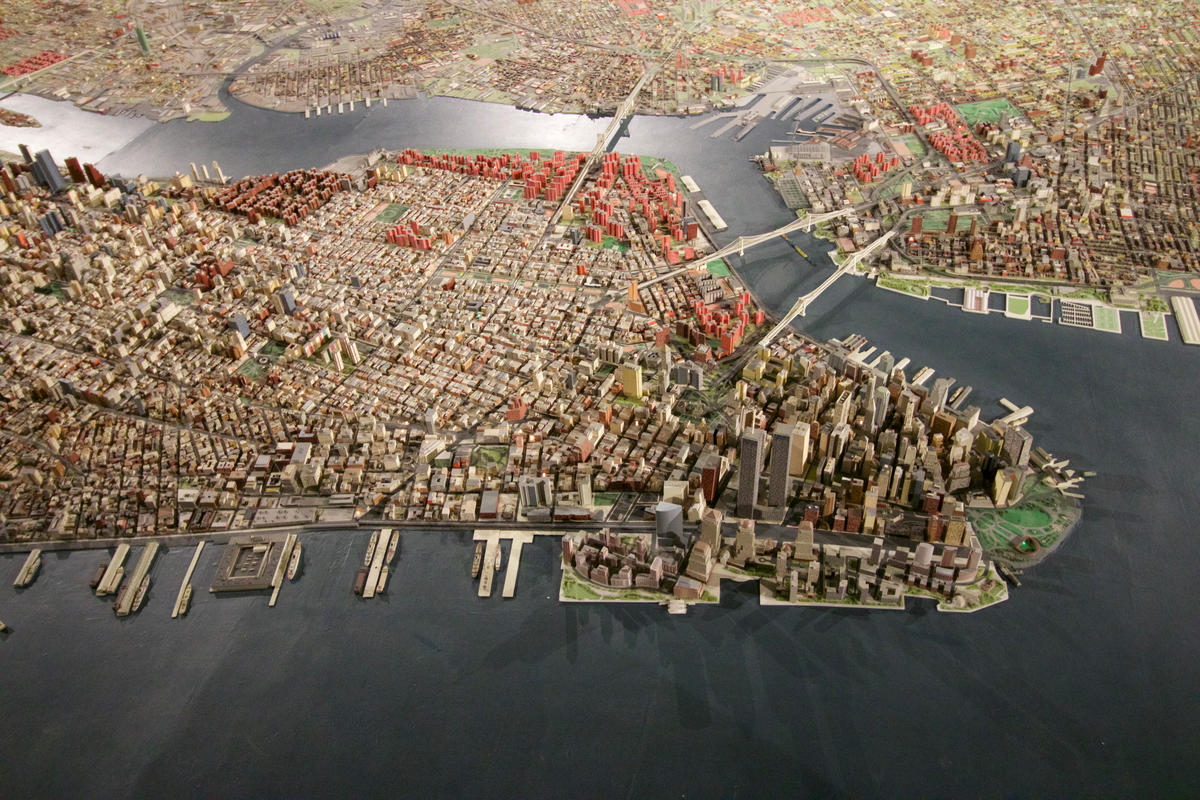 The Panorama remained accessible to the public after the Fair ended, and Lester's team updated the map in 1967, 1968, and 1969. After 1970, there were little modifications until 1992, when Lester Associates was recruited to modernise the model to correspond with the museum's re-opening after a two-year complete restoration by Rafael Violy. 60,000 structures were modified to bring the model up to date at the time. The museum stated in March 2009 that the Panorama will be updated on a regular basis. In return for a contribution of at least $50, the museum will enable people and developers to have realistic scale models of structures younger than the 1992 update built and installed, in order to generate money and attract public notice. It's also possible to incorporate more realistic models of smaller apartment complexes and individual houses, which are now represented by generic models. 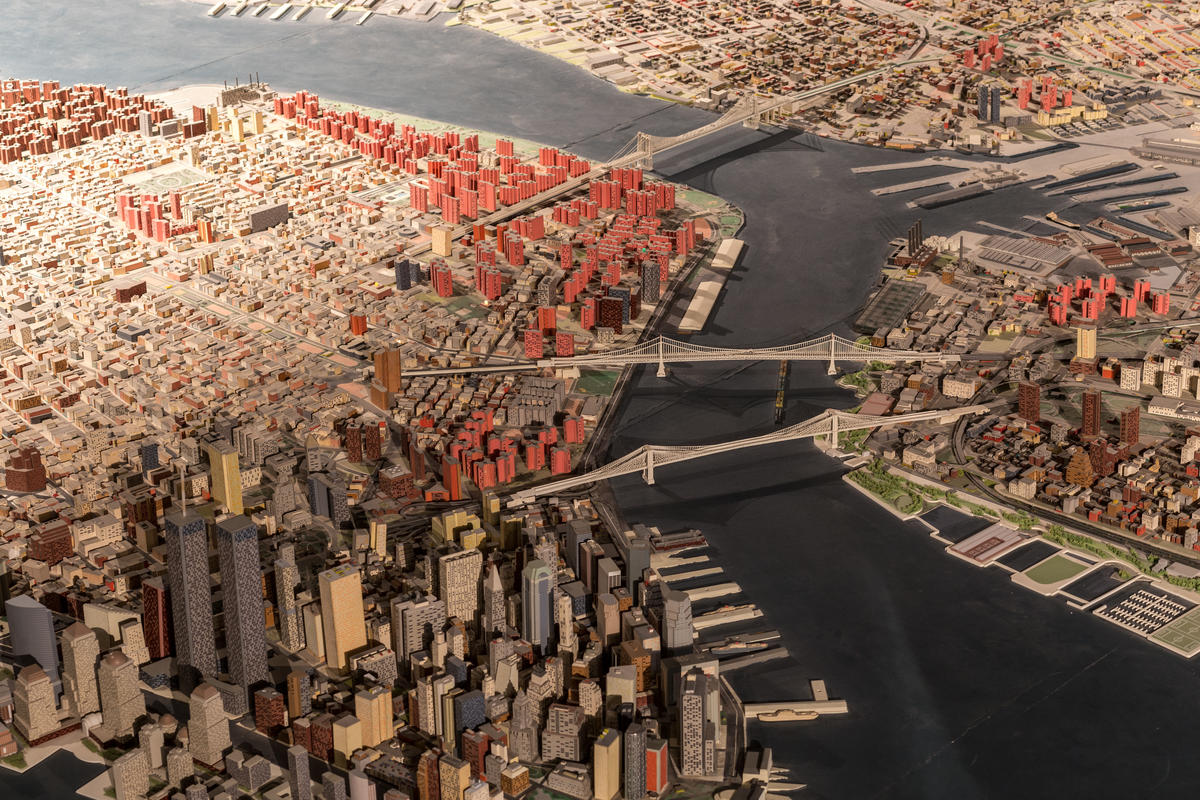 This exhibit, located on the second floor of the Queens Museum, has artefacts from both World's Fairs. Because both festivities were place at Flushing Meadows-Corona Park, and the Museum building is the sole remaining structure from both celebrations, this exhibit has a long history with Queens Museum. The total number of products in the online catalogue from both fairs is above 10,000. In the exhibit gallery, there is a scale model of the 1964 New York World's Fair site, complete with all of its buildings and pavilions. It is covered by a transparent plastic dome, which allows for a close inspection of the model, which is labelled with tiny flags for each important structure. 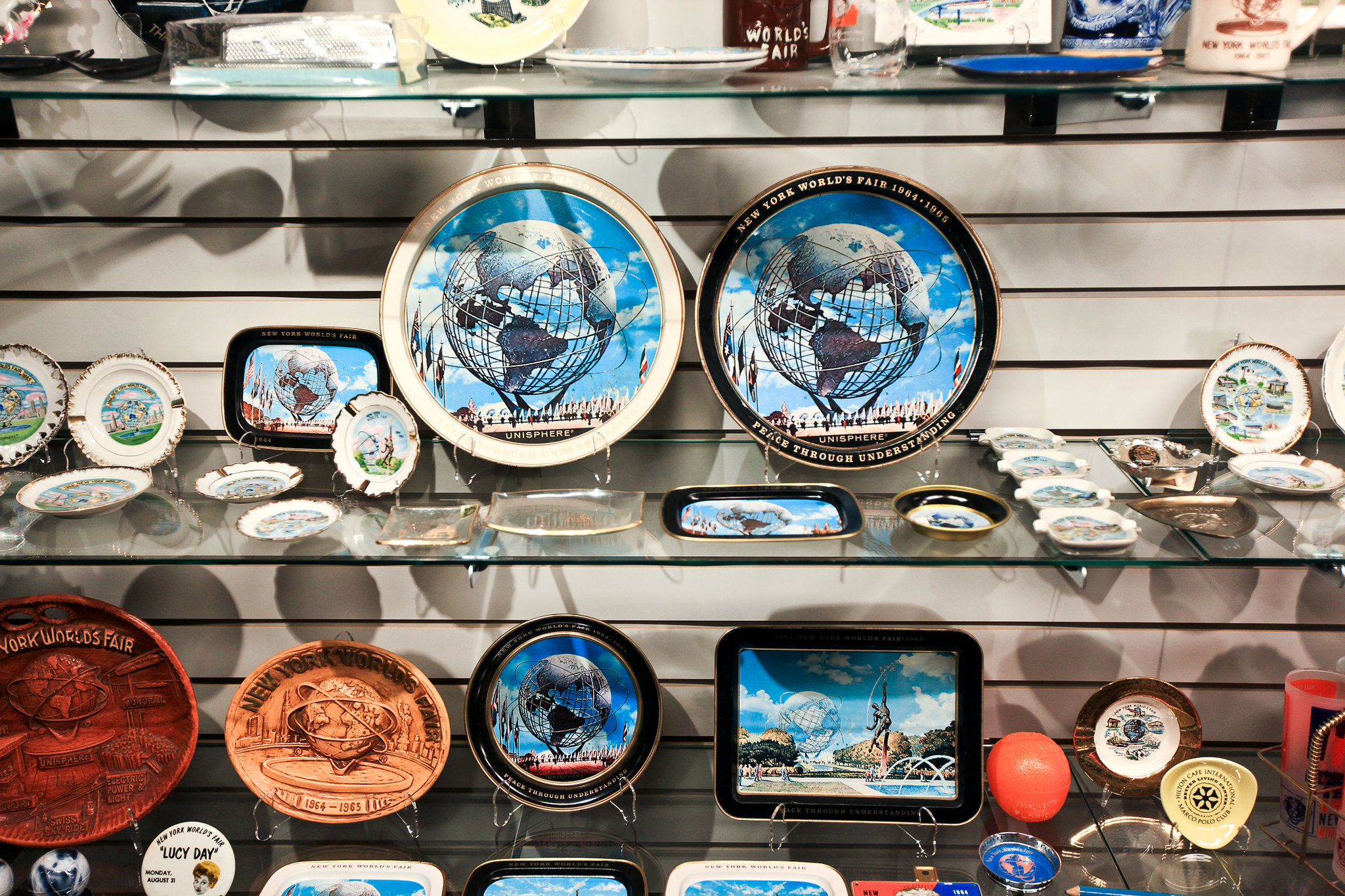 Annually, the Queens Museum's learning activities involve approximately 20,000 adults and children. The museum hosts a variety of film screenings, dance performances, musical experiences, and public debates to help visitors better comprehend the exhibits, as well as renting out part of the museum's rooms to other organizations.